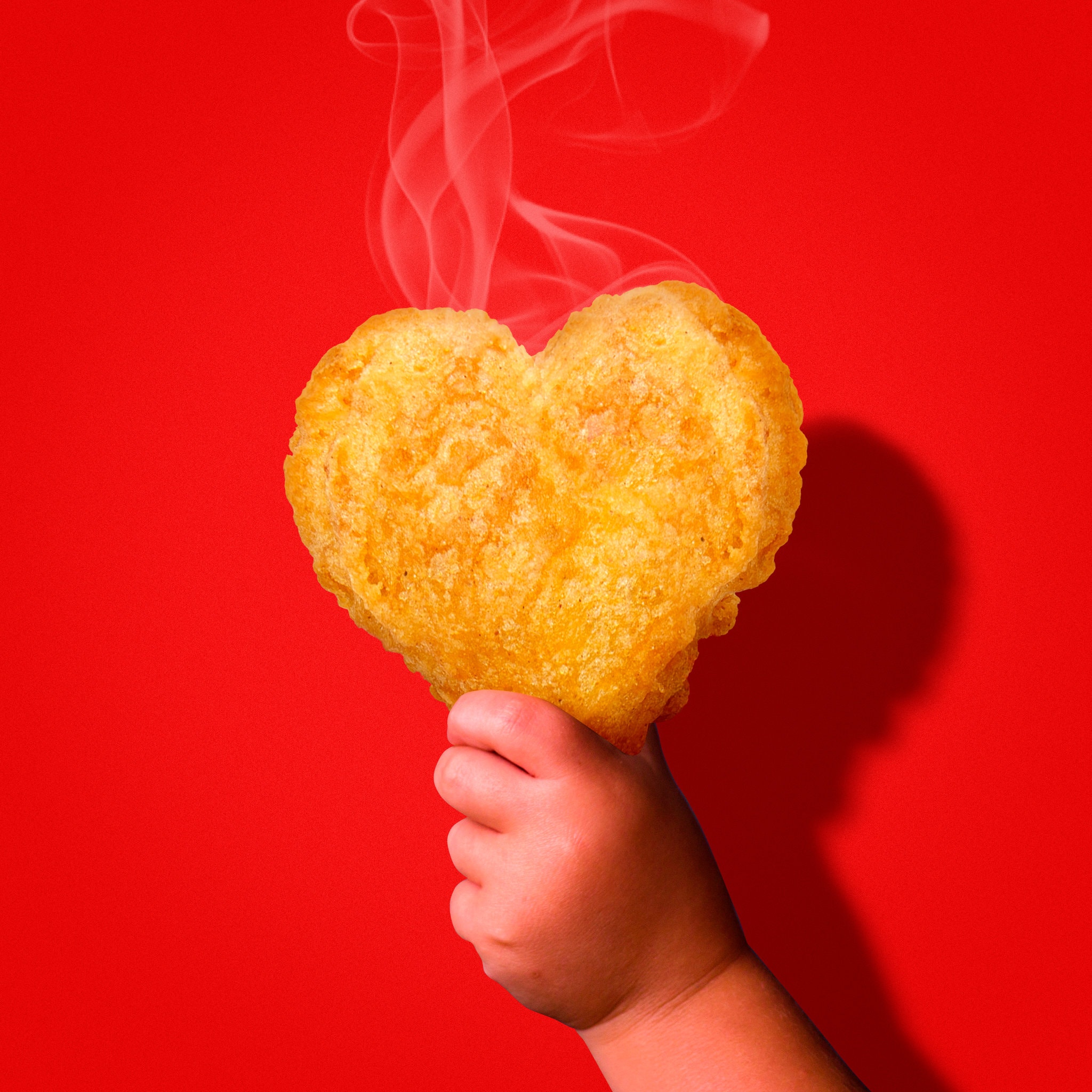 If Food Is Love, My Kids Must Hate Me

I am 32. I slam utensils in the sink, shaking my head as my children refuse yet another home-cooked breakfast: yeasty, lighter-than-air waffles made from scratch, savory sausage from a pig we raised ourselves on the family farm, fluffy eggs, fresh fruit and local maple syrup. Instead, my daughter clamors for frozen pancakes from a box and I feel defeated. I want to scream. 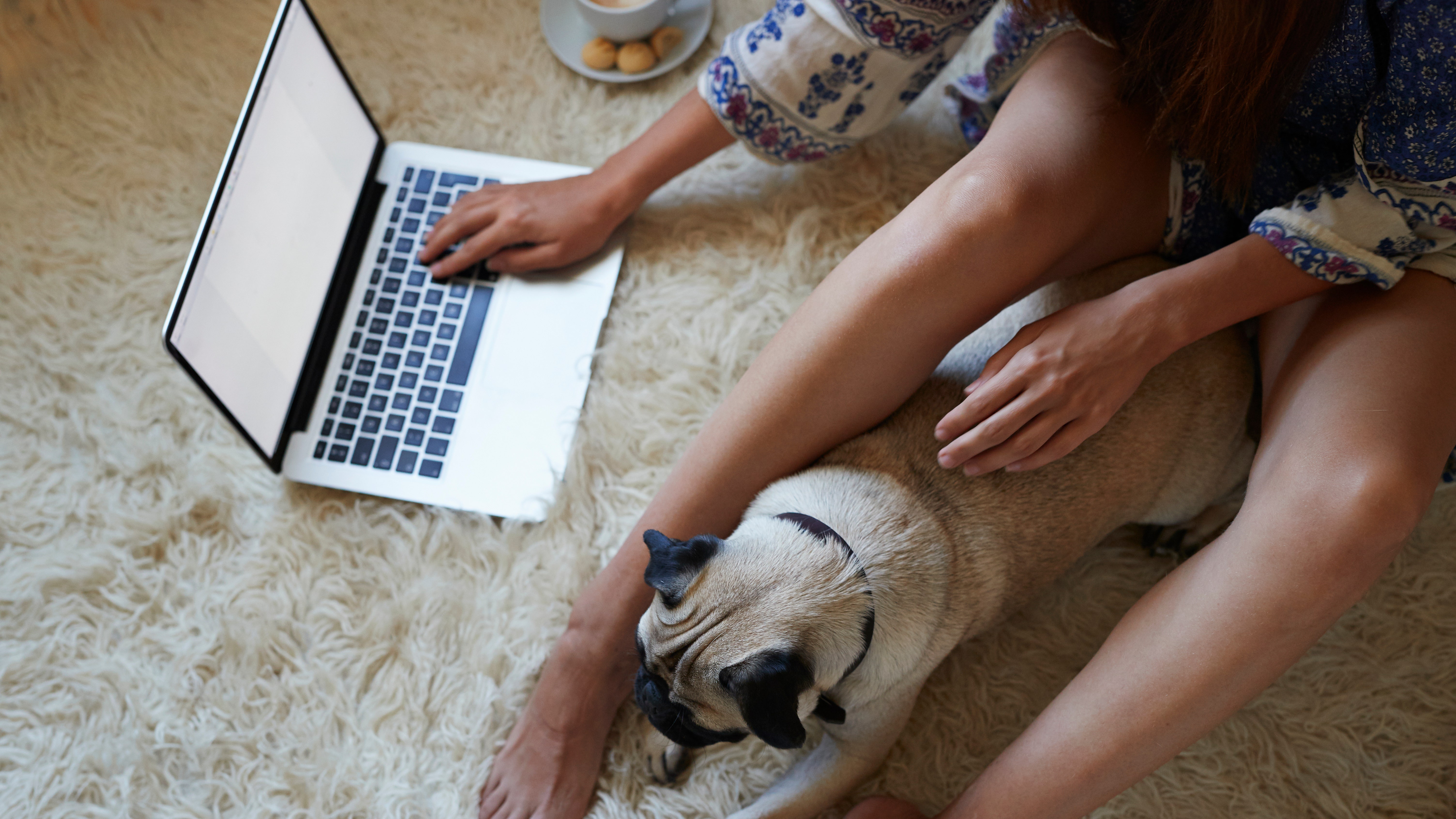 How to Work From Home Without Losing It

Coronavirus COVID-19 and its ensuing toilet paper panic has taken over the country. For some people, that means working from home for the first time.
A near future where all meetings become phone calls and office attire becomes sweatpants has triggered its own wave of panic. But for some, like myself, who have been happily working from home for the majority of our adult lives, midday trips to the fridge and less-than-flattering attire are just another day on the job.
Working from home may not... The 7 Best Blood Pressure Monitors to Use at Home

While it's always best to have your vital signs regularly taken and monitored by a professional provider, there are some valid reasons why a doctor might want someone to monitor their blood pressure at home.
The most common is that some people might experience "white coat syndrome," so their blood pressure is significantly higher in the doctor's office than it is at home, Hoang Nguyen, MD, interventional cardiologist at MemorialCare Heart & Vascular Institute at Orange Coast Medical Center in... 9 Celebrities Who Have Suffered From Preeclampsia

Beyoncé
In the September 2018 issue of Vogue, Beyoncé divulged her experience with preeclampsia while pregnant with twins Rumi and Sir. The singer-songwriter spent a month on bed rest before undergoing an emergency C-section in June 2017. The babies spent weeks in the neonatal intensive care, and Beyoncé says she was in "survival mode" until their release.
Kim Kardashian
After being the victim of some serious pregnancy fat-shaming, Kim confessed that she actually battled preeclampsia, which c... Can You Have Postpartum Depression After a Miscarriage?

Losing a pregnancy is an emotionally devastating experience. Here's how to deal with feelings of grief and depression after miscarriage.
Having a miscarriage is physically and emotionally difficult under any circumstance. Indeed, "in a national survey that we completed, one in five people reported that the emotional loss following a miscarriage was similar to that of losing an older child," explains Dr. Zev Williams, M.D., director of the Program for Early and Recurrent Pregnancy Loss (PEARL)... 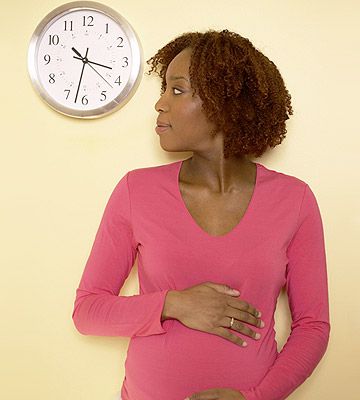 What To Do If You Go Into Labor Early

Premature labor and delivery are serious, and they could happen to you.
As your pregnancy progresses, you may think you have loads of time to prepare for your little one. After all, pregnancy takes 9 months, right? Well, sometimes. Although the majority of babies are born near the end of 40 weeks of pregnancy, the Center for Disease Control and Prevention (CDC) reports that up to 1 in 9 babies in the United States every year will be born prematurely, or before 37 weeks. And according to the C...

D&C After Miscarriage: Should You Have One?

If you've experienced a missed or incomplete miscarriage, your doctor might recommend a "D & C" (dilation and curettage) to end the pregnancy. Here's everything you need to know about D&C after miscarriage.
After undergoing a miscarriage, a woman's body will probably expel the fetal tissue on its own. But she might also have an "incomplete miscarriage," where uterine bleeding fails to clear out the uterus. A missed miscarriage—in which the mother's body neglects to realize that the fetus has ... 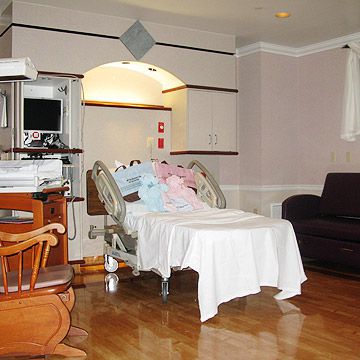 Anatomy of a Delivery Room

The labor and delivery process is full of unknowns -- but your delivery room doesn't have to be one of them! Here's what to expect once you arrive at the hospital.
For some women, a trip to the labor and delivery ward may be the first time they visit a hospital. And while most of us try to stay out of medical centers, in the case of pregnancy, those sterile hallways can represent new life and love.
To ensure that your labor and delivery experience is as positive as possible, take a little pre... 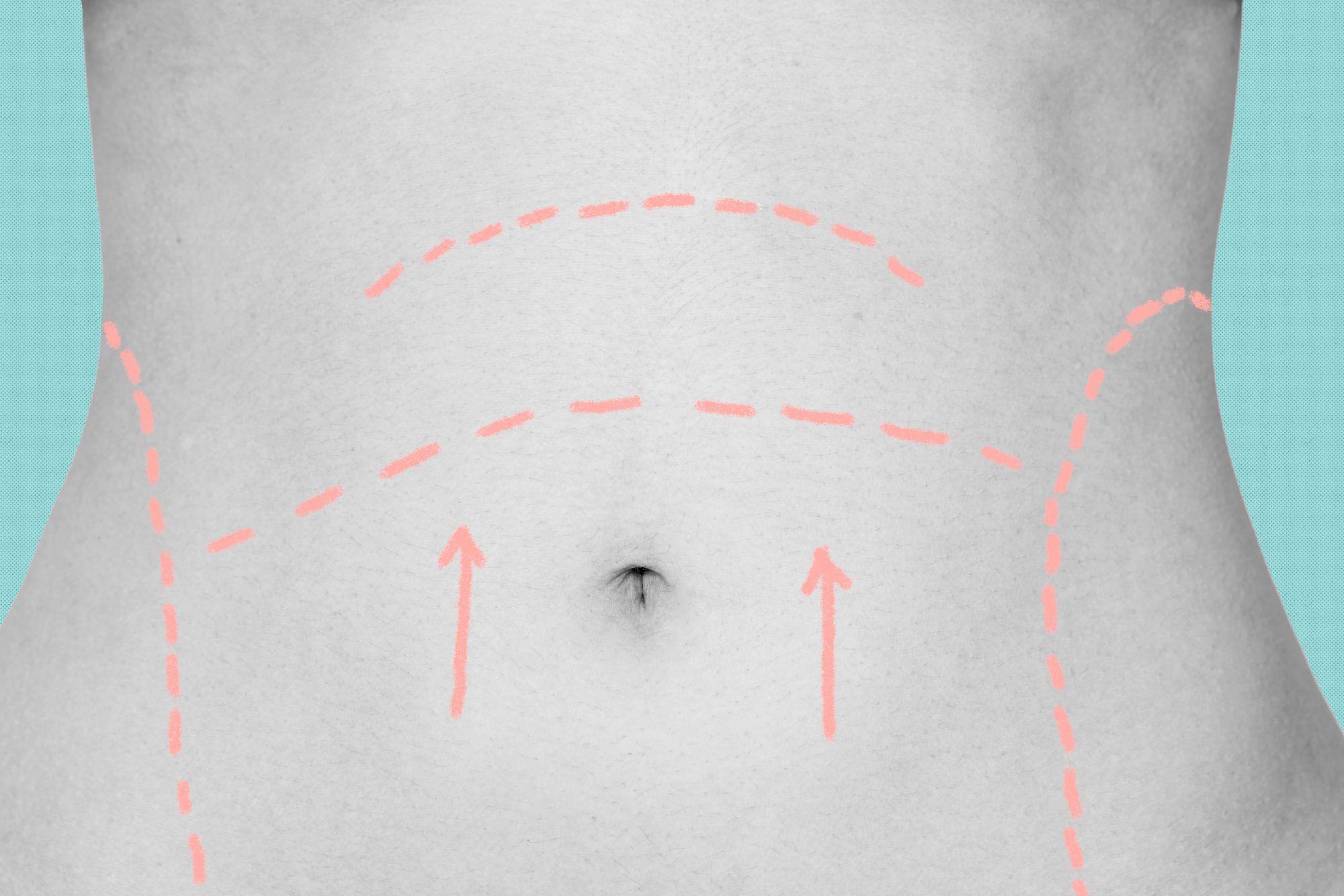 A Mom's Guide to Plastic Surgery Pregnancy and Antidepressants: A Guide for Moms-To-Be

Here's a dirty little secret about pregnancy: It's not always the magical experience that it's made out to be. In fact, around 14%-23% of women experience depression during pregnancy, according to the American College of Obstetricians and Gynecologists (ACOG). For some of them, that means a difficult choice: choosing to take antidepressants or avoiding medications "for the baby's sake."
"You always have to weigh the risk of medication against the risk of illness," says Pec Indman, Ed.D, MFT, ... Before it happened to me, I had no idea what having a miscarriage would be like. Here's what I've learned since about miscarriages, including when they happen, what they feel like, and how long they last.
On my youngest daughter's birthday, I wrapped up a special poem and in front of family and friends, read the words aloud, breaking the happy news to everyone that her last "gift" was a new baby brother or sister on the way. We recorded all of the kids' reactions, amid excited shouts and jump... What Is a Blighted Ovum?

A blighted ovum happens when your body thinks it's pregnant, but you really have an empty gestational sac. Here's what you need to know about blighted ovum symptoms, causes, and what to expect if it happens to you.
A blighted ovum is a term to explain an empty gestational sac, explains Octavia Cannon, D.O., an OB-GYN with Arboretum Obstetrics & Gynecology in Charlotte, North Carolina,. This type of pregnancy can also be called an anembryonic pregnancy because a woman is fully pregnant but wit... 9 Causes for Miscarriage That are Completely Out of Your Control

While miscarriage is common —with 1 in every 10 pregnancies ending in a loss—going through it for the first time yourself can be a completely overwhelming experience. The first question that many couples ask after experiencing a miscarriage is simple: Why? A miscarriage can be an incredibly devastating event with long-lasting emotional repercussions. But one of the most difficult aspects of a pregnancy loss is the complete lack of knowledge surrounding the reasons it happened.
In many cases, ... 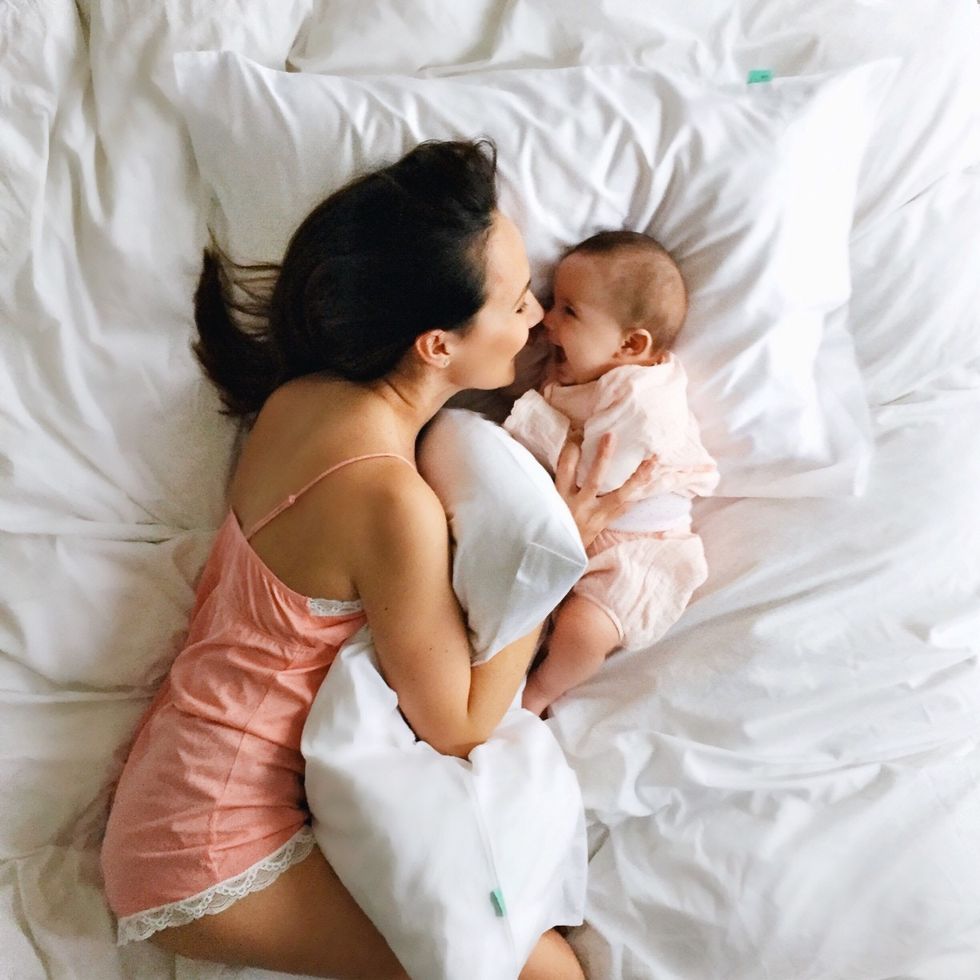 Sleep like a baby: Your expert guide to 12 months of rest

These age-by-age sleep guidelines from baby's first weeks through baby's first birthday answer parents' top sleep questions, from "when do babies sleep 12 hours" to "how much sleep should a newborn get?"
Week one
"How much sleep does my newborn need?" is an age-old question for new moms and dads everywhere. The short answer? A LOT. If you're worried your baby is sleeping too much or not sleeping enough, we've created a week-by-week guide to help you find the answers you need and develop a new... 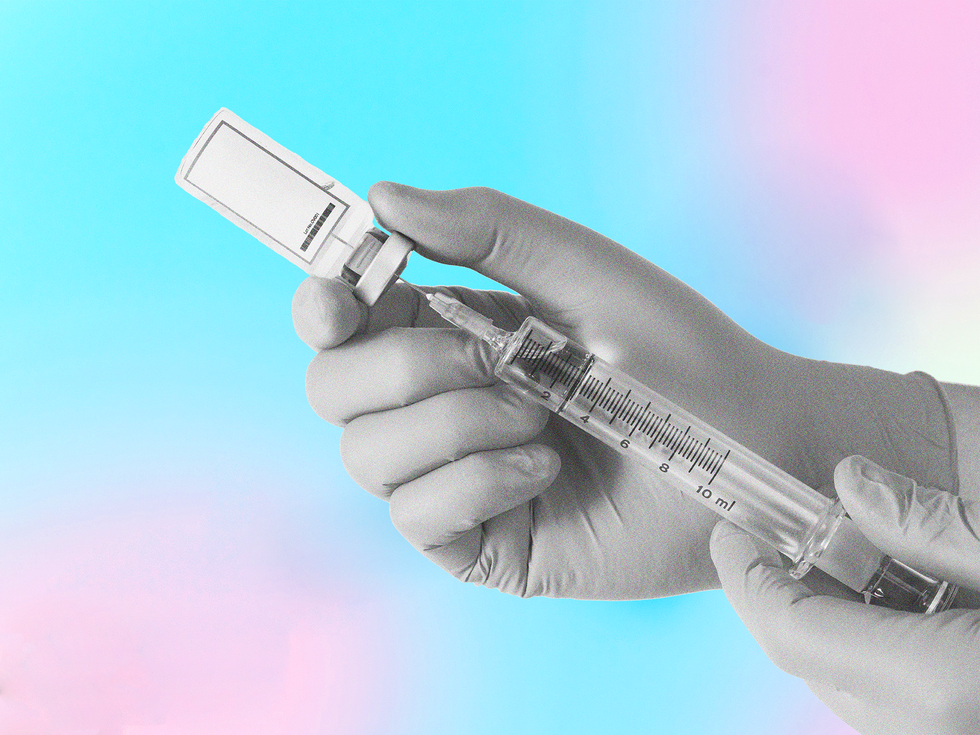 I'm a Volunteer Vaccine Nurse, and I'm Doing It For My Kids

On a cold morning in December, I donned a face mask and sat down with a group of volunteer nurses at a training and vaccination site. It felt surreal to be in a room of people for the first time since March of last year, but as I gathered my paperwork, I knew I was doing the right thing.
Our local health department in southeastern Michigan had put out a call for volunteer nurses to administer the COVID-19 vaccine. Although I keep my nursing license active, I haven’t practiced in well over six...